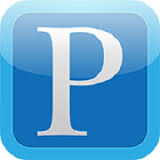 Kayla Abramowitz, 14 of North Palm Beach, will be featured on NBC Nightly News with Lester Holt. You can watch with her at the Duffy’s on PGA Boulevard and U.S. 1. Courtesy photo

Kayla Abramowitz, a North Palm Beach teen who has collected items for children’s hospitals in all 50 states, will be featured on national news Monday night.

The William T. Dwyer High School freshman got the idea for her Kayla Cares 4 Kids nonprofit when she was just 11 years old after noticing a limited selection of DVDs during her own hospital stays for Crohn’s disease, colitis and juvenile arthritis. She founded the nonprofit in 2013 to collect entertainment and educational materials for kids like her.

RELATED: It’s more than business for this seventh grader

NBC Nightly News with Lester Holt, which starts at 6:30 p.m., will feature a large donation the charity made to Ronald McDonald House in Miami. Kayla Cares 4 Kids donated 31 DVD players – one for each family’s room, 100 DVDs and dozens of books, according to the organization. Support from the community, DreamWorks Animation, Sony Pictures and Philomel Books made the donation possible.

Kayla’s family and supporters are holding a watch party starting 6 p.m. at Duffy’s Sports Grill, 11588 U.S. Highway 1, in the Oakbrook Square Shopping Center in North Palm Beach. The shopping center is at the corner of PGA Boulevard and U.S. 1. The segment runs at the end of Nightly News.

Abramowitz is in the finance program at Dwyer. In 2015, she was named the National Young Entrepreneur of the Year by the U.S. Chamber of Commerce.